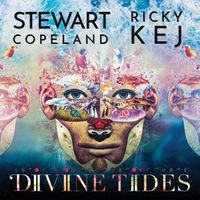 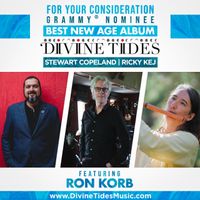 The story of Kimiko’s Pearl is written by Emmy Award winner Howard Reich and inspired by the family history of Bravo Niagara!’s co-founders Christine Mori and Alexis Spieldenner. 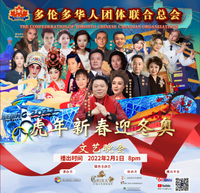 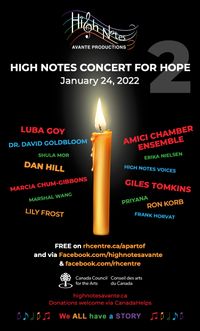 This Concert of Hope ’22 to brighten your day. We offer you an amazing line-up of artists with music across the genres including Dan Hill, Lily Frost, Luba Goy, Ron Korb, Erika Nielsen, Giles Tomkins, Frank Horvat and many more.

Please join us for the presentation and acceptance of the first annual War Abolisher Awards.

Hope For The Earth

On the evening of August 6, the anniversary of the atomic bombing of Hiroshima, we invite you to attend Hope for the Earth: Canada, Sign the Ban Treaty.

Peace activists and dynamic artists will highlight the importance of Canada's joining the growing number of nations signing the Ban Treaty, and how we can contribute to the elimination of nuclear weapons.This event will include esteemed speakers, musical performances, Mayoral Proclamations and a lantern ceremony.

Speakers and performers include: Setsuko Thurlow is a Hiroshima survivor and co-recipient of the Nobel Peace Prize on behalf of the International Campaign to Abolish Nuclear Weapons, ICAN, for its work in achieving the 2017 UN nuclear ban treaty. Kehkashan Basu is a UN Human Rights Champion; iconic youth leader; global influencer; and peace and sustainability campaigner for nuclear disarmament, the environment, and human rights.
Ron Korb is a Grammy nominated and multi-award-winning flautist. Playing a wide variety of indigenous woodwinds from around the world, his compositions evoke imagery of diverse cultural traditions. Erin Hunt is the Program Manager at Mines Action Canada, an expert in humanitarian disarmament, victim assistance, and Canadian disarmament policy, and a contributor to the International Campaign to Abolish Nuclear Weapons. Nathaniel Erskine-Smith is the Member of Parliament for Beaches-East York and a vocal advocate for the UN Treaty on the Prohibition of Nuclear Weapons and why Canada should sign the Treaty. 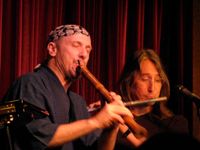 In this workshop “Making a Life in Music” Ron Korb will discuss how to sustain a career in music over many decades. He will also answer a variety of questions concerning amateur and semi-pro musicians.

Ron’s special guest will be, legendary shakuhachi master John Kaizan Neptune who started in the 70s as an ethnomusicology major in Hawaii which led to studying traditional shakuhachi in Kyoto which led to him to becoming a pioneer in composing and performing jazz on the instrument. In addition, to being an expert player John Kaizan Neptune has also become a top professional shakuhachi maker and has also invented new percussion instruments made from bamboo. 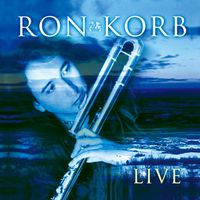 At this flute festival Ron will be presenting his Ron Korb Live concert film featuring him and his band performing on a wintery evening at the peak of Mont Arthabaska, in Quebec. It is directed by Grammy and Emmy Award winning team of Pierre and François Lamoureux who produced concert films for Pat Metheny, Branford Marsalis, RUSH, The Who, Peter Frampton and Willie Nelson. In addition to Ron’s band it features Quebecois artists Alain- François, on fiddle and foot stomping by Dominic Grenier. This concert is also available as a DVD with special features including interviews and a flute pictionary. For more information visit the store on this website www.ronkorb.com The line up for this evening starting at 6pm CDT also includes Jonny Lipford (Native American-style flute) and Suzanne Teng (world flutes) with Gilbert Levy (drums and strings).

Join Keith Richie live at 5PM CDT on Monday July 12th, 2021 for another episode of Monday Musings with Maestoso where I'll be joined by my special guest and friend Ron Korb! Grammy nominated and multi-award-winning flautist Ron Korb is famous for playing a wide variety indigenous woodwinds from around the world. His critically acclaimed music has been released in twenty countries on various record labels. The albums are on many top favourite lists and legendary singers in Asia have made cover versions of his music. He has toured extensively throughout Europe, Canada, The USA, Central America, Australia, Taiwan, Thailand, Vietnam, and Hong Kong, Mainland China, Singapore and Japan. Ron’s compositions are evoke imagery of the diverse cultural traditions and experiences of his travels. We multicast to Facebook, YouTube, and Twitch. Find more details about how to watch in the following link! http://music.krichie.com/mmm 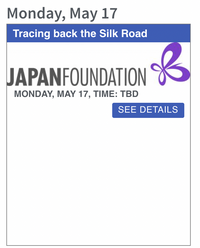 Ron Korb will be sharing his personal story "Fukuoka with Love" describing his adventures searching for his Japanese Heritage in Kyushu as part of the The Katari Japanese Storytellers’ portion of the Toronto Storytelling Festival. The Katari Japanese Storytellers’ annual show in spring has been part of the Toronto Storytelling Festival since their inauguration. In 1994, a group of Japanese teachers in the Toronto area started telling Japanese traditional and contemporary stories both in English and Japanese for two purposes: to share Japanese culture, and to pass their heritage to the next generation growing up here in Canada. This event will be available to view on YouTube and Facebook May 17-30.

Canadian Voice of Women for Peace (VOW) I am pleased to be in touch to extend an invitation for a virtual occasion on May 8, Mother’s Day. VOW will again be hosting an evening where we annually present awards to noteworthy Canadian peace women. These are given to honour special women perhaps familiar to you - Kim Phuc, Shirley Farlinger, Ann Adelson; Muriel Duckworth and Ursula Franklin. Ron will be appearing at the event to congratulate the honourees.

Virtually from the Peace Garden on Nathan Phillips Square, Toronto

The Hiroshima Nagasaki Day Coalition invites interested viewers to participate in the 75th Anniversary Commemoration of the atomic bombings online on August 6 at 7 pm. The August 6th commemoration held annually in the Peace Garden on Nathan Phillips Square in Toronto will take place online this year, due to Covid-19 health concerns. The commemoration will focus on 75 years of living with the threat of nuclear war, and the wisdom gained from its survivors. The main speaker will be Setsuko Thurlow who inaugurated the annual commemorations in Toronto in 1975 when David Crombie was the Mayor. Setsuko Thurlow has been engaged throughout her life in public education and advocacy for nuclear disarmament. Her efforts around the world have been recognized by membership in the Order of Canada, commendation from the Japanese Government, and other honours. She jointly accepted the Nobel Peace Prize on behalf of the International Campaign to Abolish Nuclear Weapons in 2017. Peace activist Phyllis Creighton, a historian, will sketch Canada's role in creating the atomic bombs dropped on Hiroshima and Nagasaki, its nuclear industry's reckless endangering of Dene workers, severely impacting the Indigenous community, Canada's continued sale of uranium and nuclear reactors enabling more countries to become nuclear armed, and its full commitment to NORAD and NATO, both nuclear alliances relying on nuclear weapons. Music by Grammy-nominated flautist Ron Korb and photos, animation and brief excerpts from documentaries will show major highlights in the 75-year long effort to abolish nuclear weapons and give us hope for their eventual elimination. 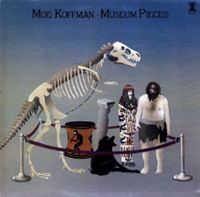 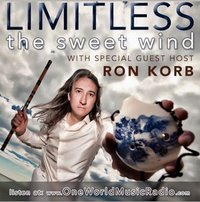 "Limitless" on One World Music Radio 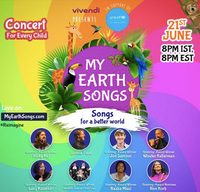 MY EARTH SONGS virtual concert by Lonnie Park and the Earth Band is presented by Vivendi in support of UNICEF. It is slated to be "the biggest virtual concert ever for children" and it features a cast of incredible of musicians including Grammy winners Lucy Kalantari, Jon Samson, Ricky Kej, Wouter Kellerman, Baaba Maal, and the Mariachi Divas. Grammy nominee Ron Korb performs bawu and Irish whistle on the song "Breathe Life" with Jon Samson on lead vocals. All songs are ased on the principals of caring for each other, the earth and all it's inhabitants (as outlined in the UN sustainable development goals). The house band" featured in the show includes Billy Golicki, London Mcdaniel, Nate Horton, John M. West, Dominic D'Cruz (co-writer too!) with our backing vocalists Missie Horton, Vanessa West, and Jody Park.

Music for a Winter's Eve

Twas’ 3 days before Christmas, when all through the town

magical, merry music was heard, from flutes & harps all ‘round!

A beautiful evening of festive, Celtic, Latin and original music for Classical and world flutes & harps. 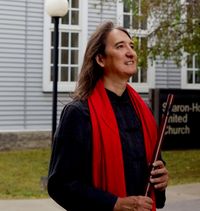 Ron Korb (flutes) and his band Bill Evans on piano, Steve Lucas on bass and Larry Crowe on drums play and Christmas, Celtic and Ron's original music in this festive concert for the season.